The Cons of Sugary Drinks 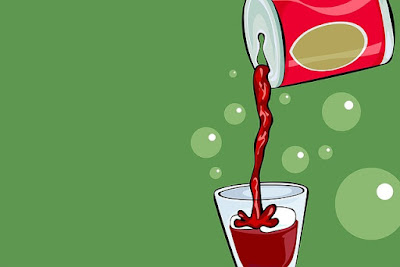 It’s summertime, and whenever I go out for a walk, I see groups of youngsters enjoying their time, each with a can of sugary beverages. But alas! The warnings come clear and loud about the health hazards of sugary drinks. A recent study sounded the alarm that sugary drinks may lead to an estimated death of 184,000 each year worldwide.

The 150 calories equal to about ten tsp of table sugar. Imagine ten tsp of sugar in a single can of sweetened beverage. It is just like slow poison, which will cut our life road someday. Hope I have scared you to death.

The consumption of sugary drinks such as sugar-sweetened sodas, fruit drinks, sports/energy drinks, sweetened ice teas, and homemade sugary drinks leads to the development of heart diseases, diabetes, and cancers.

What concerns health enthusiasts is that the consumption is increasing at a whirlwind speed among the youngsters. Imagine the impact on health due to these sugary beverages, a few years down the road.

Health scientists warn us that girls who drink sugary drinks frequently start their menstrual periods earlier than those who do not consume it. The average age of the first menarche is 12 years.

The findings are very significant because of the early onset of periods is related to a higher risk of breast cancer later in life. Scientists point out that drinks with more sugar have a higher glycemic index.

This causes a rapid rise in insulin concentration of sex hormones. Massive changes in the level of these hormones circulating in the body are linked to earlier onset of mensuration.

So if you have a daughter, this sounds an alarm for you.

Hazards increase in a dose-dependent manner
If you drink sugary drinks just for two weeks, it could affect your health adversely warns scientists.

These beverages which are loaded with sugar increase the risk of cardiovascular disease in a dose-dependent manner. The more you drink, the greater the risk.

Another finding points out an interesting angle. Sugary beverages can suppress the hormone cortisol and the stress hormone in the brain. These drinks can provide quick relief from stress.

This can prompt regular drinking of these beverages which can have detrimental effects on health, including obesity.

There is a huge risk if you drink sugary drinks on a daily basis. It can increase the risk of nonalcoholic fatty liver disease. NAFLD is the accumulation of fat cells in the liver which is not related to alcohol consumption.

People suffering from NAFLD are at a greater risk of developing cardiovascular disease and type 2 diabetes. Sugary beverages are a major contributor to fructose, the sugar that is believed to increase the risk of NAFLD, because of how our bodies process it.

Scientists warn that the consumption of sugary beverages during adolescence can hamper the ability to learn and remember information. But the irony is that sugary drinks are most popular among youngsters.

Refined carbohydrates when consumed in soft drinks, can lead to metabolic disturbances.  Sugary drinks interfere with our brain’s ability to function normally and remember critical information.

Scientists warn that it also produces inflammation in the hippocampus, an area of the brain that controls many learning and memory functions. Terrible is it not?
Studies warn us that sugary beverages can cause kidney stones and also raise the risk of endometrial cancer in post-menopausal women.

I think there are more than enough reasons for you to avoid sugar-sweetened beverages. If you can’t go cold turkey, you can just trim down your consumption and enjoy it on an occasional basis. So the world will have healthier and happier citizens to the habitat it.