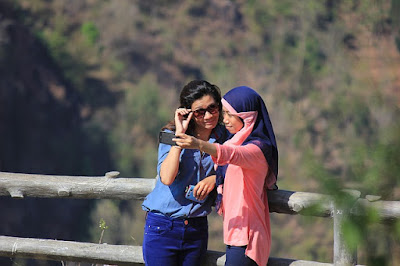 Prime Minister Narendra Modi and the Kardashians, just think and tell me a similarity between them, what a ridiculous question? You might wonder.
The similarity is nothing but the selfie. Such is the incredible magnetic power of selfie. It can attract people of different hues and shades.
So, what is a selfie? Merriam-Webster dictionary defines selfie as an image of oneself taken by oneself using a digital camera especially for posting on social networks.
It is no wonder that the term selfie was declared “The International Word of the Year” by Oxford Dictionaries. It seems that the story of the selfie is quite ancient.
Robert Cornelius, an American photographer, took the first selfie in the year 1839. Russian Grand Duchess Anastasia Nikoaevna in 1914 was the first teenager to take her picture using a mirror. Very futuristic indeed.
The Kardashians are not the only ones to dominate the selfie bandwagon. Selfies have also gained a foothold in space. Astronauts take selfies in space. 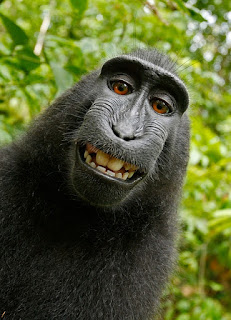 The selfie buzz has also rocked the animal kingdom. In 2011 a black crested ape stole a wildlife photographer’s camera, and when it was later found, the camera contained hundreds of selfies including a grinning female macaque.
Do selfies affect your health?
Research studies have linked excessive selfie posting to body dysmorphic disorder. This news sounds scary. Body dysmorphic disorder is a psychological disorder where a person becomes obsessed with imaginary defects in their appearance.
Individuals with body dysmorphic disorder are at a higher risk of developing major depression that leads to a greater risk of suicides. I feel after reading all these, the next time you won’t even touch a camera.
Another research study concluded that sharing selfies too frequently can lead to a decrease in intimacy among friends and romantic partners. Scientific literature says that women who base their self-worth on their appearance or other’s approval are more likely to share photos online. The researchers suggested that these pictures may not be doing any good to increase their self-worth.
Selfies associated with narcissism and psychopathy
Ohio State University Researchers found that men who posted more photos of themselves online scored higher on measures of narcissism and psychopathy. That is not the end there is still more to come.
The study says that men who are more likely to edit their selfies before posting scored higher in narcissism and self-objectification, which measures how much they prioritize their appearance.
What is narcissism? The person believes that he is smarter, more attractive or better than others, but he may suffer from some underlying insecurities.
The psychopath is antisocial behavior, where one lacks the ability to love and form meaningful relationships. The person may have extreme egocentricity, and he may fail to learn from experience.
Now let us move to self-objectification, this means a person values himself mainly for his appearance, rather than for other positive traits. In women, this self-objectification may lead to depression and eating disorders.
The researchers are quick to point out that women who post more selfies also show higher levels of narcissism and psychopathy.
Positive selfie ideas
Have you heard the phrase? “When in Rome, do as the Romans do,” so in this day and age, when the selfie craze has gripped the whole universe, I am sure you wouldn’t want to be left out.
So, heed to the wise ideas of Dr. Pamela Rutledge, she is the Director of Media Psychology Research Center. You would be glad you did.
You can create
ü Inspirational moment selfies
ü Memory Lane selfies
ü Best friends forever selfies
ü Workout Selfies
ü Thank you note selfies
ü Hear me roar selfies (when you do something brave)
ü Mood bomb selfies (take selfies according to your emotions)
ü The big moment selfies
These are some great thunderstruck ideas you can follow. You can create some awesome selfie journals to cherish the fabric and richness of your life. Instead of sharing it with the whole world, you can enjoy these golden moments of your life, with the people who mean the world to you.
Takeaway
It is smart to move along with the times, but it would be smarter to play it safe.
Take care
Swarnam
Take care,
Swarnam