What is so Novel About Snake Venom? 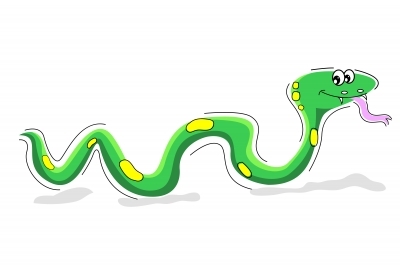 Things are getting really weird these days. I used to wonder whether people do really have the time to read my blog and you know what? Suddenly I am getting lots of twitter followers these days. Now that is great news. To top it all I read an article in which the latest mantra in the beauty world is snake venom, squid’s ink and snail’s slime. These weird substances could enhance your beauty. The article got more interesting as I read this, people in Japan use nightingale droppings to exfoliate and lighten their skin. This has been in practice for centuries.
Now what got me hooked up was this crazy snake venom. If you are interested to know more about this then read on. Snake venom is highly modified saliva and it is a mixture of several thousands of proteins and enzymes. The proteins in snake venom have the biological functions like blood coagulation, blood pressure regulation and transmission of nervous or muscular impulse.
Recently researchers have found that the proteins found in the venom of the poisonous snake black mamba kills pain very fast and in a more effective manner than morphine. The beauty of this study is that this new found formula does not cause any side effect. Scientists are very curious indeed! They have found that the venom proteins of sea anemone, spiders and scorpions do have the health benefits. They can be used for diabetes, multiple sclerosis and cardiovascular diseases.
Fox news reports that snakes are able to convert their venom back into harmless molecules that could help find a cure for cancer. South China Morning post reports that snake venom is used to shrink the tumors in mice. Contortrostatin a component of snake venom inhibits cancer cell migration in a novel way. According to PubMed snake venom protein botrocetin acts as a biological brace to promote dysfunctional platelet aggregation.
Back to where we began that is snake venom’s role in enhancing the beauty. The copy of snake venom protein is used in anti-aging creams. The main function of snake venom is to immobilize its prey. Now in its synthetic form it copies its paralyzing action to slow down muscle movement and thereby stops wrinkle formation. It could very well be an alternative to needle free botox.
Take care,
Swarnam

One response to “What is so Novel About Snake Venom?”