How to Prevent Maternal Mortality in Developing Countries? 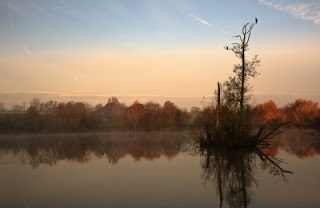 Death! You see is a reality which everyone who is born under this sun must face. This struck me when a young church member who was only 32 years old died due to a massive heart attack. He is survived by his wife who is just 25 years old and an one year old son. There may be a serious tone in my post today. But I made it a point to create awareness about the maternal mortality that is silently taking place in the developing countries.
According to the WHO website each day around 800 women lose their lives due to preventable causes related to child birth and pregnancy. 99% of these deaths occur in the developing countries. This is more prevalent in rural areas and amongst the poorer sections of the society. Young adolescent girls suffer more due to risk of complications during pregnancy resulting in death.
The reasons for maternal mortality include severe bleeding, infections after child birth, high blood pressure during pregnancy and unsafe abortions. Researchers found that the infections which could be fatal are infections of the genital tract, urinary tract, soft tissues and infections due to abortions. Actually they are treatable and preventable in the first instance.
Several indirect causes for maternal mortality are malaria, anemia, HIV/AIDS and cardiovascular diseases. This is according to the information provided by the WHO. Maternal deaths can be reduced by increasing the educational level of women. Educated women take informed health care decisions such as opting for skilled attendants during child birth and proper antenatal care. Education helps them to follow good hygienic practices.
A study found maternal deaths in Sub-Saharan Africa was 885 deaths for 100,000 births. These women do not die of any disease but they die due to normal biological processes which can be avoided. Scientists say that timing the pregnancy is an important health concern for many women. This can be achieved by means of using contraceptives.
This contraceptive use may be a primary preventive strategy in decreasing maternal deaths. It has been found that contraceptive strategy can prevent about 272,000 maternal deaths each year. The women can work with their health care providers to make sure they are healthy enough to conceive a baby. This practice minimizes the risk of complications during pregnancy and child birth. And to end on a thoughtful note wherever you may be positioned in the world, you would be doing a great service to humanity, if you support the education of little girls, so they grow up well informed to make the right choices in life.
Take care,
Swarnam
Photo- Perch by Nick Coombs
Courtesy of www.FreeDigitalPhotos.net
Take care,
Swarnam

One response to “How to Prevent Maternal Mortality in Developing Countries?”