What is Visual Gastric Band Therapy? 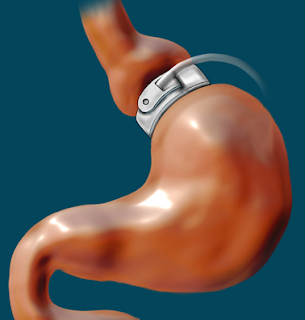 For those of you who are obese and want to slim down, here is a good news! You would have heard about the adjustable gastric band commonly made of inflatable silicon which is placed around the top portion of the stomach through laparoscopic surgery.
Health pop reports about a new study in which, patients undergoing gastric bypass surgery may increase their chances of becoming an alcoholic. Excessive drinking is associated with cirrhosis of liver, pancreatitis, cancers of liver, mouth, throat and esophagus. In addition to all these diseases, there are also psychological disorders and increased risk of accidental injuries and violence.

Now a new process has come to fore which is called as the visual gastric band therapy. This procedure uses hypnosis and makes the brain believe that the stomach is smaller than its usual size thus avoiding over eating of food.

The good thing about gastric band hypnosis is that it does not require surgery and further hospitalization. This therapy is safer and cheaper than the actual process which requires surgery. People who have undergone it say that it is the safest way to loose weight.

If you are interested to loose weight the easy way, then you better visit this link  http://www.clairehegarty.co.uk/virtual-gastric-band-with-hypnotherapy  and see for yourself.